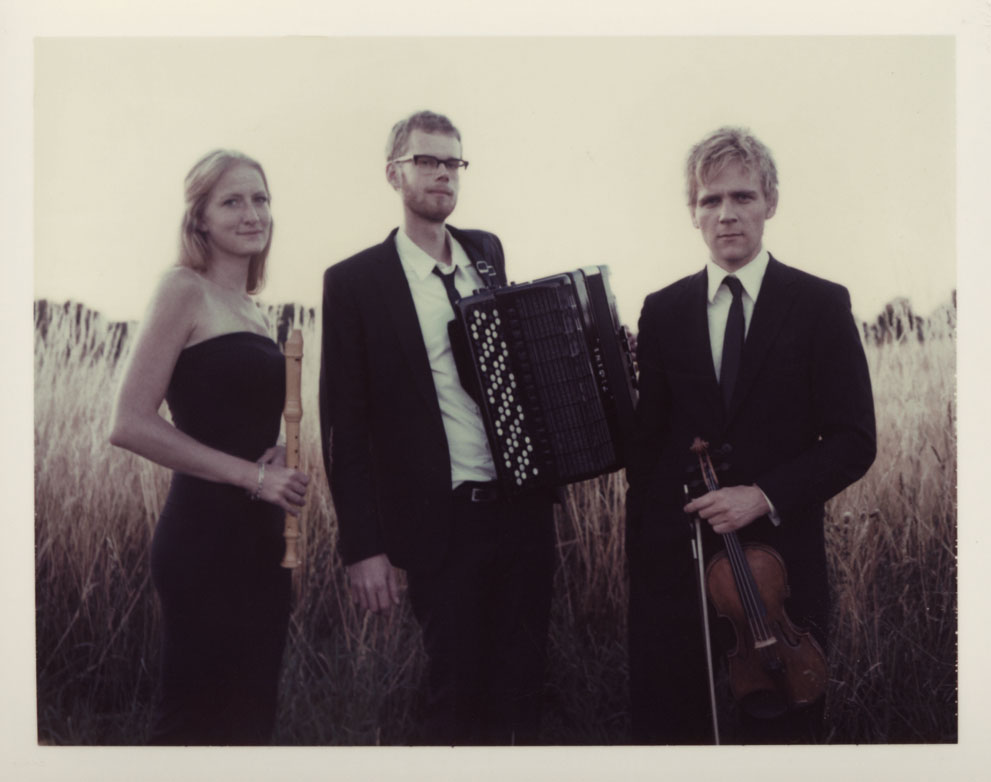 On a cold and dark evening in 2007 Bolette Roed (recorders), Rune Tonsgaard Sørensen (violin) and I sat down with some red meat and a bottle of wine. We knew each other from before, we had studied together and played in various projects; we were good friends. We also had a common passion for contemporary art music and folk music, and the meeting was arranged not only to enjoy the pleasurable dinner: That night we formed ‘Gáman’ – a trio that became a remarkable ensemble providing a new and acclaimed approach to both contemporary art music and folk tunes.

Gáman started out by examining the relationship between ancient and new music from the Nordic countries. New commissions from Denmark, Sweden, Norway, Iceland, Greenland and the Faroe Islands were juxtaposed with traditional folk music from the same countries to reveal similarities, contrasts and influences between the different pieces and traditions, and the resulting concert programmes were presented in large concert halls and small village churches alike in all the included countries.

In recent years Gáman has moved past the boundaries of the Nordic region. We have performed at famous festivals in Poland, focusing on the relationship between Polish and Danish folk and baroque music, and in 2013 we had our US debut at Other Minds and their UK debut at Huddersfield Contemporary Music Festival performing with the acclaimed viola player Garth Knox.